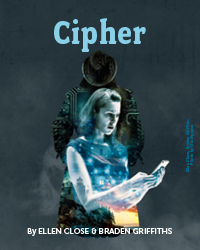 In 1956, a man’s body was discovered on the coast of British Columbia. A secret code is found sewn into his clothing. For decades no investigation has revealed his identity, his killer, their motives or even their methods, and the cipher remains unsolved. Forensic toxicologist Grace Godard thinks her scientific approach is leading her close to an answer, closer than anyone has come before. But when she meets Ameen, a young man with a personal stake in the mystery, their efforts to crack the case have consequences neither of them could have imagined. A World Premiere by Calgary playwrights Ellen Close and Braden Griffiths.

Buy To This Event Directions